Distributing protectant masks amidst a volcanic eruption was not what Master of Public Health student, Travis Oishi, had in mind when he landed in Hawaii to do research for his practicum project.

Shortly before Oishi’s arrival in May, the state’s Kilauea volcano began erupting. Nearby residents were forced to evacuate their homes and were relocated to local shelters for safety. Initially pursuing research into rat lungworm disease using data from the local Hawaii State Department of Health office, Oishi had to pivot his plans. Even miles away from the eruption site, locals were at risk of breathing in volcanic ash and sulfur dioxide, which contain harmful pumice and glass fibers that are damaging to one’s lungs, eyes and nasal cavities. Providing residents with the free protectant masks became the first big task Oishi carried out to ensure the health of the community.

In addition to handing out masks and educating residents about the air quality, he assisted in the inspection of food sources at the relocation shelters. This allowed him to help limit the amount of stress on displaced families by ensuring that their available food was safe.

Oishi said that, prior to embarking on this cross-country journey to Hawaii, “Most of the time I had a one-track mind. I was more passionate about rat lungworm, infectious disease and epidemiology. The classes that I had the most trouble with in school were health-education-related, and that is what I used the most this summer. Environmental health is what I employed and it gave me a greater appreciation for what I learned previously.”

While aiding with the aftermath of the volcano, Oishi participated in the local Tropic Care program, an annual 9-day event that provided a range of free medical care. This event served 1,960 local citizens, many of whom had been displaced by the volcanic eruption. Coined the “numbers guy,” he worked in the dental area, keeping track of the number of patients, their information, and the services they were provided. This process fostered a personal connection between Oishi and many of the island residents.

“This really allowed me to interact with the general population,” he said.”I was chatting with a bunch of people in the waiting room and there was one guy I ran into a few days later at Jack in the Box and we ate lunch together because he remembered me.”

As the concern for public inhalation of ash and sulfur dioxide subsided, Oishi was tasked with accompanying other health department teams on “field trips.” He went with both the vector control and sanitation teams, allowing him to learn about controlling the mice population in the area and mitigating the spread of mosquitoes in heavily trafficked public places.

This experiential learning process, Oishi noted, has shown him a different perspective of public health. “Public health has so many facets. When it comes to a volcano, there are so many different approaches to help the local population between general safety measures to sanitation and vector control.”

Andrea Bertke, assistant professor of infectious disease and Oishi’s advisor, agreed. “This shift from infectious disease to environmental health is a prime example of the one health education that we teach our students. Our curriculum is based upon collaborative research that tackles animal, human and environmental health challenges. Travis has been able to experience multiple facets of one health during his time in Hawaii this summer.”

After this transformational summer experience, Oishi’s practicum project has been defined in a completely new way. He will now focus on mapping which areas received protectant masks and then determine if the tactics that the health department utilized to distribute these masks were the most appropriate and effective. He will then make recommendations to improve the process and overall knowledge base of the public, ultimately becoming a force for positive change. 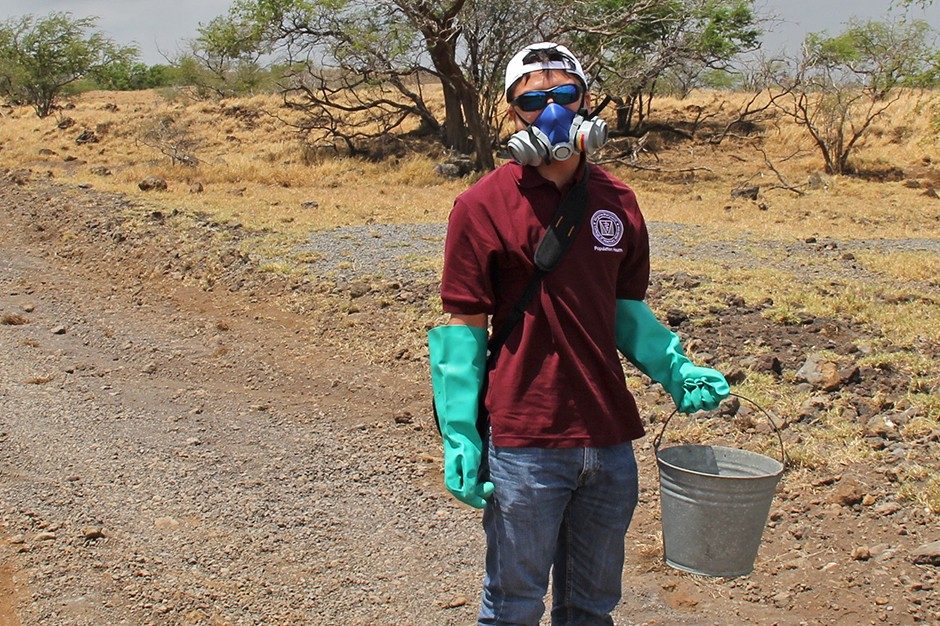 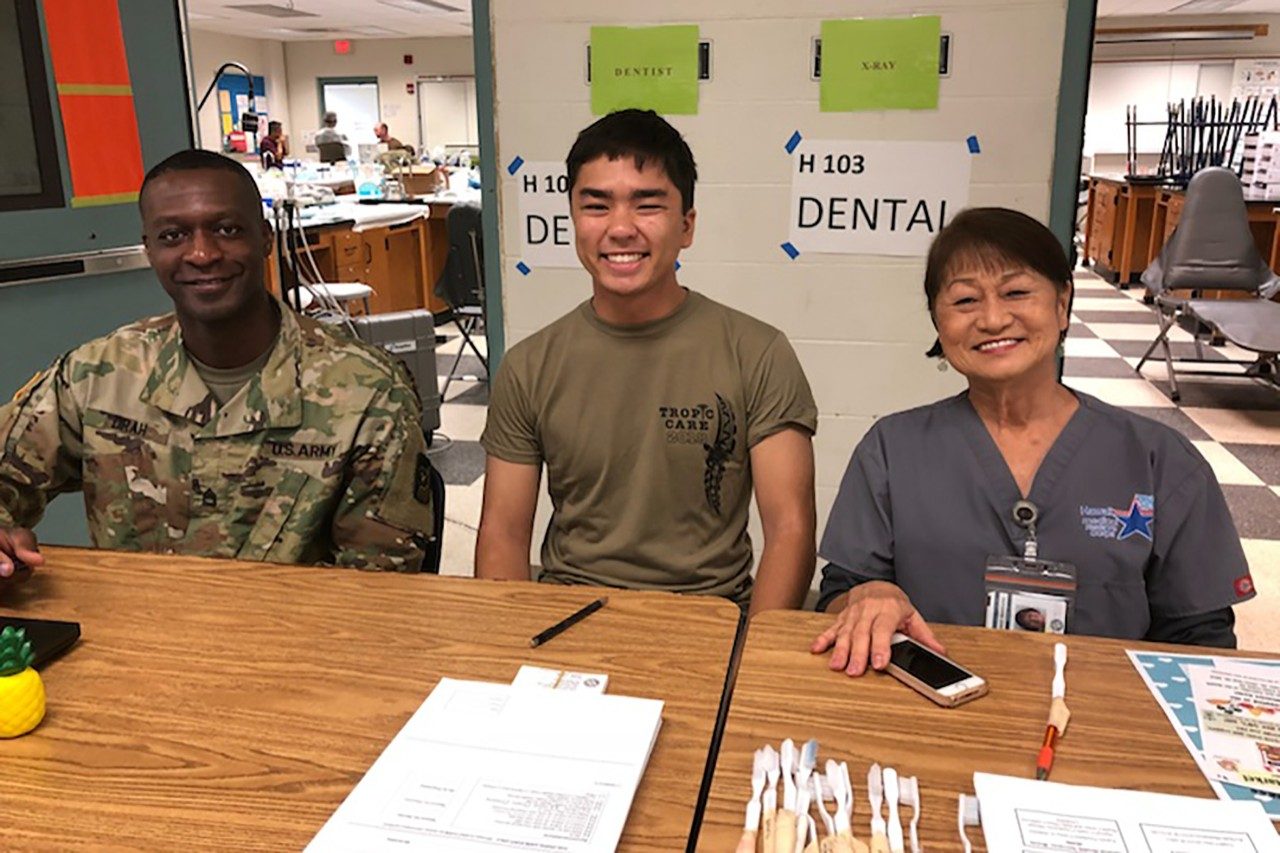 Oishi volunteered his time at the Tropic Care program - an annual 9-day event that provided a range of free medical care. There he worked in the dental area. 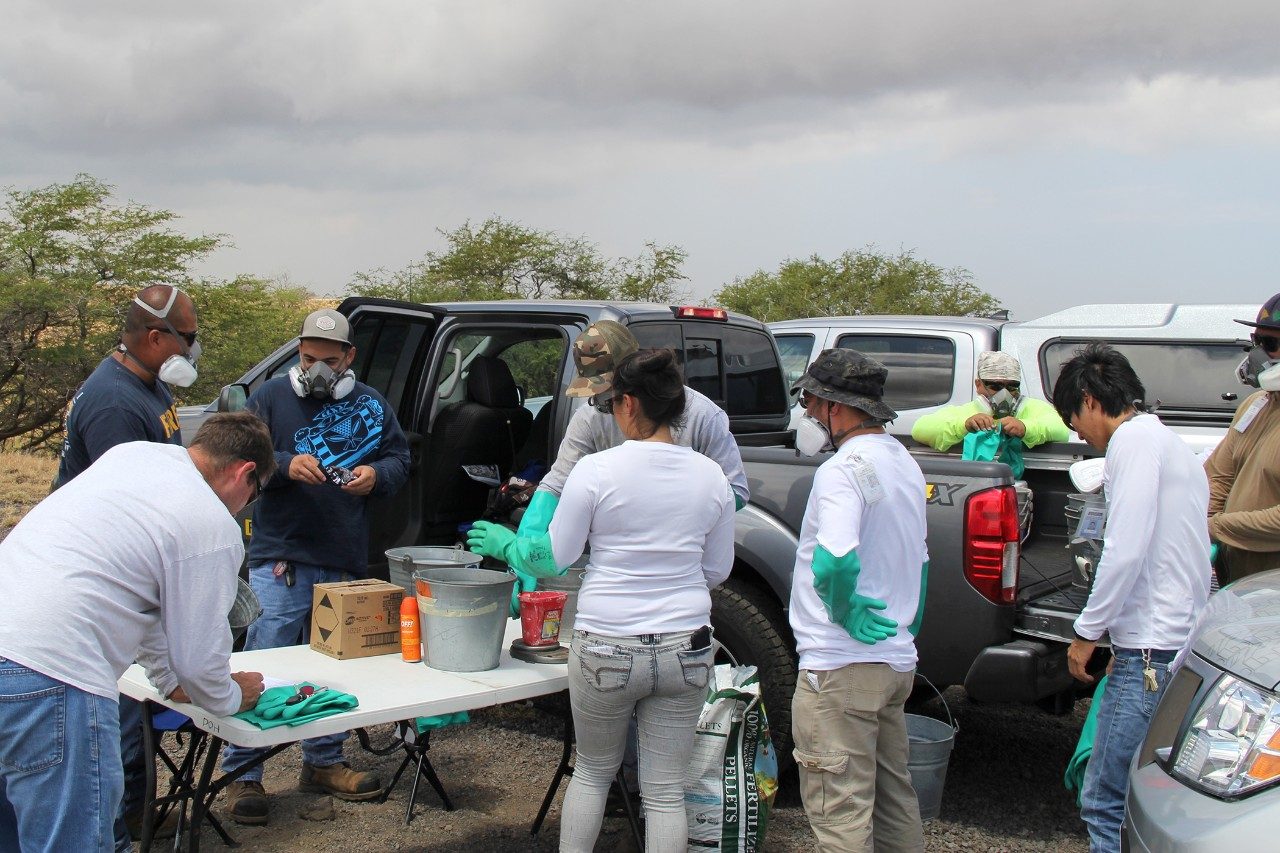 Oishi, and fellow Hawaii State Department of Health workers, discussed the best way to aid locals in aftermath of volcano.