Graduating Master of Public Health (MPH) students from the Virginia-Maryland College of Veterinary Medicine shared their capstone project work at the Spring 2018 MPH Capstone Presentations, which took place on May 9. Of the students who submitted capstone abstracts, four were chosen by a faculty committee to showcase their work via seminar presentation: Taylor Gaines, Megan Kearney, Lauren Mills, and Jojo Tucker.

Taylor Gaines, a DVM/MPH student, presented on “A Deterministic Model of CDC AGO Traps for the Control of Aedes aegypti and the Spread of Zika Virus.” His objectives included describing the natural history of Zika virus through both its human and mosquito hosts, explaining the benefits of a computer simulation for studying mosquito-borne infectious diseases, and describing potential pitfalls of using a computer simulation for making public health decisions.

According to Gaines, preliminary results of testing autocidal gravid ovitraps (AGO traps) in Puerto Rico led to a hypothesis that a certain number of AGO traps would decrease the mosquito population. This led to creating a computer-simulated model to study the effect of AGO traps and explore how changing parameters changes outcomes.

The findings, Gaines explained, “showed that all integrative intervention strategies were more effective than any one strategy alone,” as well as that “increasing the number of AGO traps results in decreases in the number of human Zika infections.” Still, Gaines emphasized, “it is much more important to reduce the number of environmental oviposition sites to reduce the mosquito population. Results of these simulations confirm real world results, modifications to this model can be used to inform future intervention strategies for mosquito-borne diseases.”

Megan Kearney, an MPH student, presented on “Evaluating the Effectiveness of Threat Mitigation and Long-Term Vulnerability Reduction Core Capabilities in an Emergency Exercise,” which sought to demonstrate how a bio-terrorism table-top exercise is designed and implemented, differentiate between the different core capabilities in exercise design, and assess the outcomes of a prevention and mitigation-focused emergency exercise.

“Public health emergency preparedness is crucial in the current international climate,” Kearney explained. “Without emergency exercises, it is difficult to ensure adequate infrastructure is in place to handle these threats when they emerge.” Identifying a gap in emergency exercises—that being streamlining emergency exercises to focus on threat mitigation and vulnerability reduction—Kearney discussed a table-top emergency exercise, created with the Southwest Border Food Protection and Emergency Preparedness Center at New Mexico State University.

“Overall, the exercise was effective at highlighting gaps in infrastructure, such as interagency collaboration and resource ability, but was limited by time constraints,” Kearney said. “Streamlining emergency exercises to focus on threat mitigation and vulnerability reduction is critical, because these capabilities can ensure an attack never occurs.”

Lauren Mills, an MPH student, spoke to her work, “Breastfeeding Barriers and Facilitators Among New River Health District WIC Participants,” which describes the current goals of breastfeeding as put forth by Healthy People 2020, identifies the major barriers to breastfeeding, and explains the role of self-efficacy in breastfeeding education.

“Although breastfeeding is considered to be the standard for infant feeding recommended by many health organizations, the United States struggles to meet the desired rates for initiation and exclusive breastfeeding,” Mills said. Mills explained the project of collecting data on breastfeeding experiences of women enrolled in the Women Infants and Children (WIC) program in the New River Health District in Virginia in which she explored the barriers and facilitators which influenced breastfeeding choices, exclusivity and duration.

Jojo Tucker, an MPH student, showcased her work, “Measures of Cognitive Function to Assess Cognitive Impairment in HSV - Positive Schizophrenia and Bipolar Patients: Systematic Review and Meta-Analysis,” and spoke to her goals of identifying the regions of the brain that are affected by herpes simplex virus 1 (HSV-1), identifying two areas of cognition that are affected by HSV-1, and understanding the impact HSV-1 has on cognition in psychiatric disorders.

Explaining the common characteristic of cognitive dysfunction that exists among schizophrenia and bipolar disorder patients, Tucker noted suggested evidence that cognitive impairment in these patients could be associated with HSV-1 infection. After generating a literature review and assessing index scores for immediate memory, delayed memory, and attention in a random effects model, Tucker discussed findings that serological evidence of HSV-1 infection has a significant impact on cognitive function, particularly affecting memory and attention in schizophrenia and bipolar patients.

In addition to the four seminar presentations, the rest of the Spring 2018 graduating MPH cohort presented their capstone projects via poster presentation, also on May 9. The work of these students was also a showcase of the MPH program’s One Health approach and addressed public health strategies and challenges from a local to global perspective.

Written by Leslie Jernegan, a master’s degree student in the Department of English in the College of Liberal Arts and Human Sciences 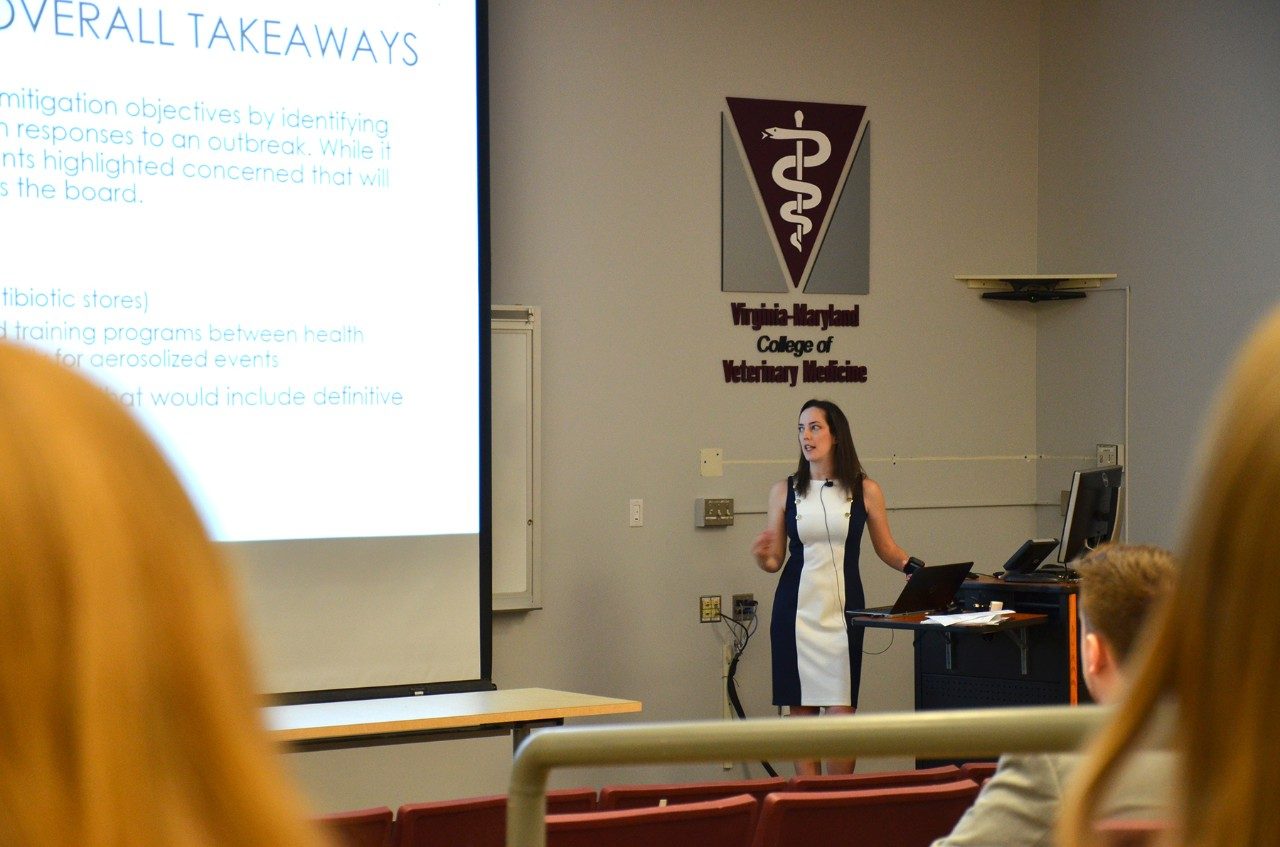 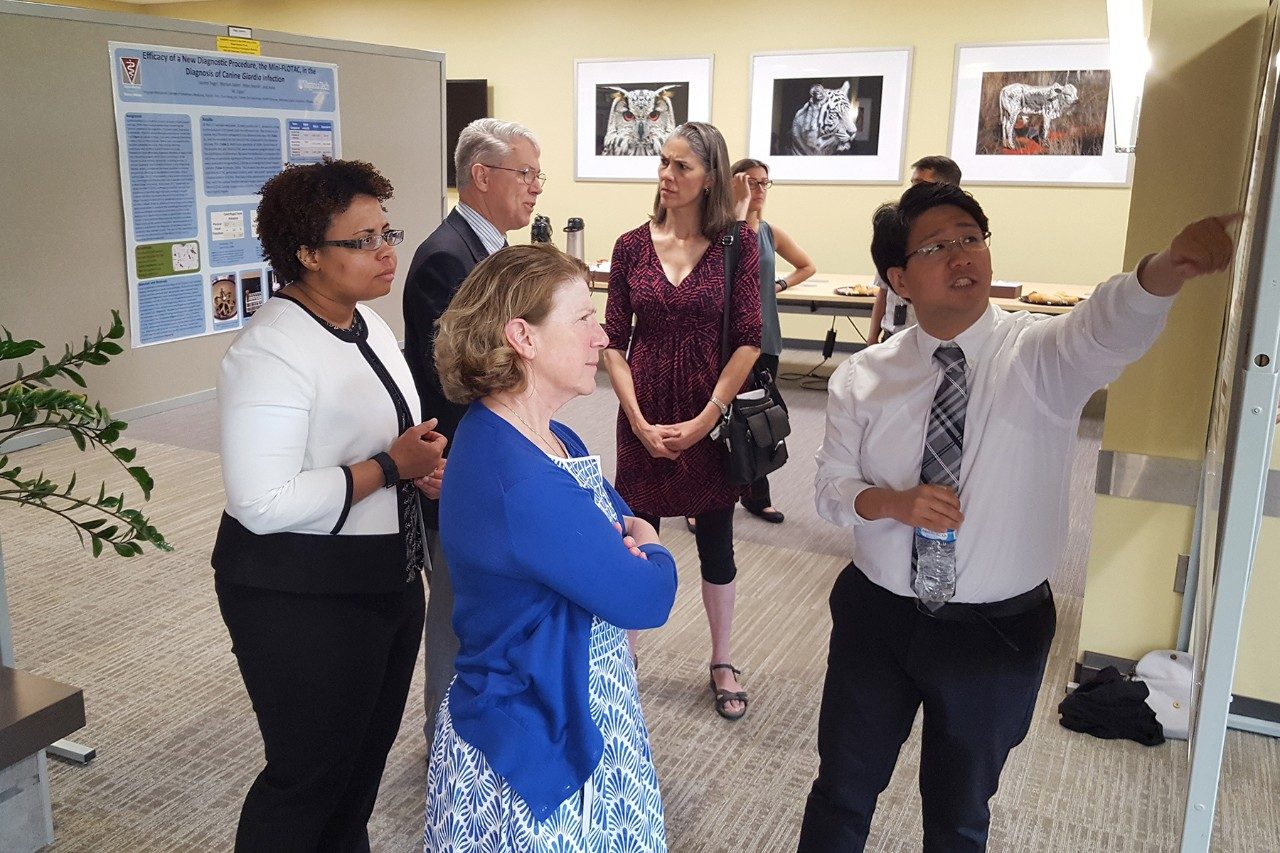 Paul Shin, MPH graduate, presented on his evaluation of a laughter yoga pilot program at the Roanoke Rescue Mission. 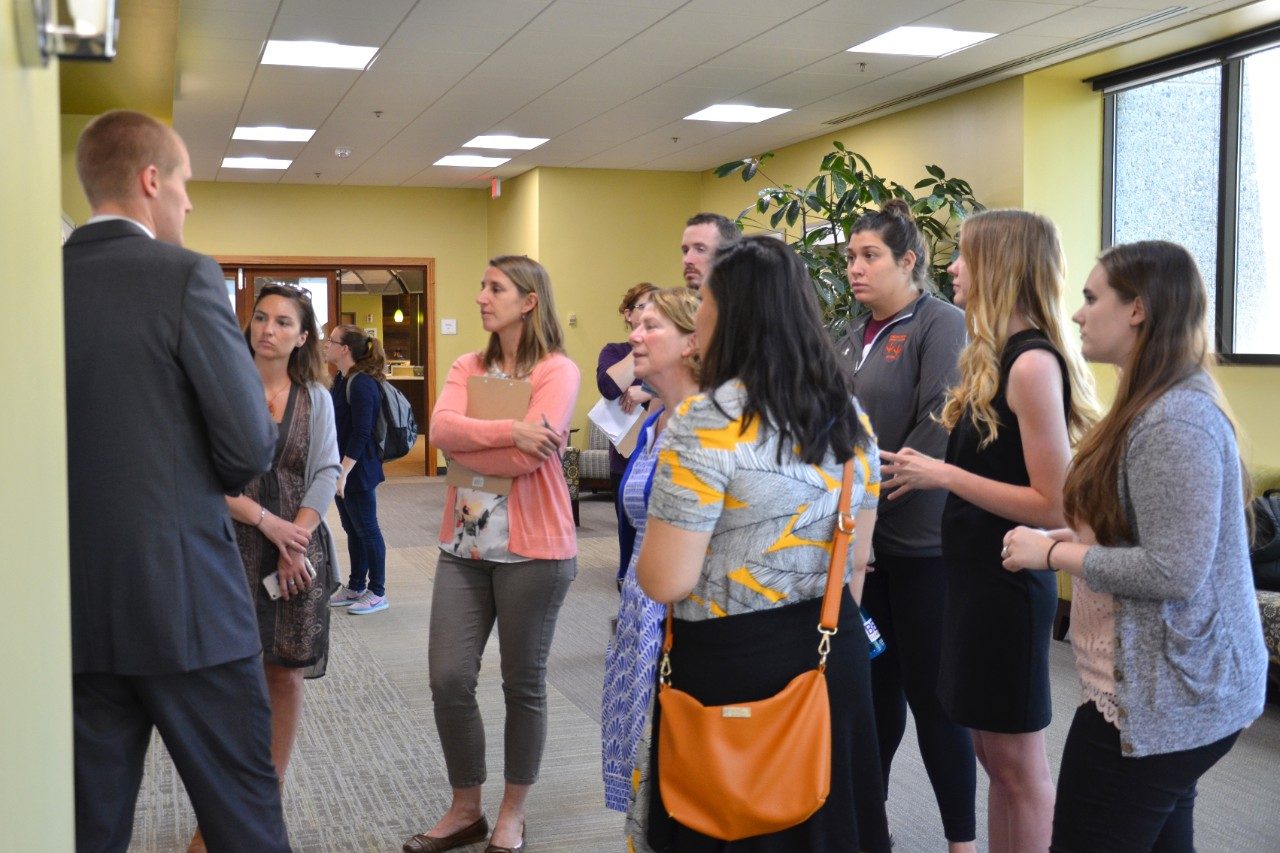 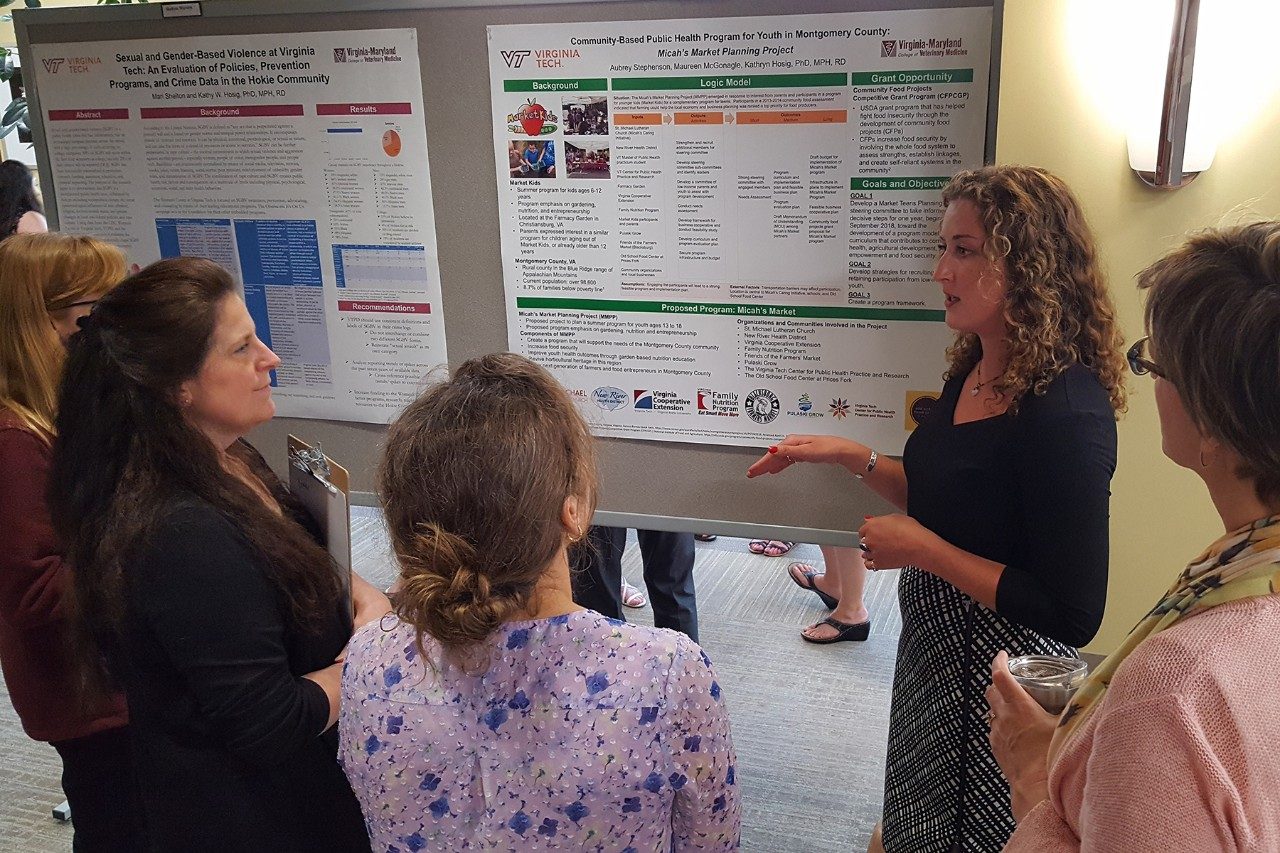